Lissant Bolton is an anthropologist who specialises in the Pacific. Her research focuses on gender and kastom in Vanuatu, and on the indigenous use of collections and cultural knowledge. She has a specific interest in textiles, and has also written about issues relating to museums and indigenous communities.

She has worked in Vanuatu annually since 1989, collaborating with the Vanuatu Cultural Centre (VKS) in the development of programmes to document and revive women’s knowledge and practice. This programme, the Women’s Culture Project, holds annual training workshops for ni-Vanuatu women extension workers, which Bolton chairs for the VKS. She has made a number of films with the VKS for use in Vanuatu.

Bolton lead-curated the permanent gallery Living and Dying (2003), and curated the exhibitions Power and Taboo: Sacred Objects from the Pacific (2006), and Baskets and Belonging: Indigenous Australian Histories (2011) all for the British Museum.

She has been Keeper of Africa, Oceania and the Americas at the British Museum since 2012.

From 2018 onwards, she is the Director of the Endangered Material Knowledge Programme. 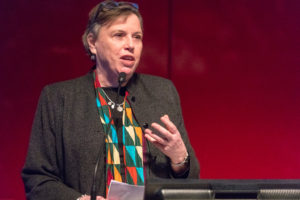 Privacy Policy | Terms of use | © 2019 Trustees of the British Museum
Web development by Lilo London
We use cookies to ensure that we give you the best experience on our website. If you continue to use this site we will assume that you are happy with it.Ok