Now emeritus senior researcher at CNRS, Pierre Lemonnier is an anthropologist based in Marseille (CREDO). After a PhD in economic anthropology on salt making on the French Atlantic coast (1975), he moved to Papua New Guinea to conduct a comparative study of Anga cultures. In 1987, together with his colleague and wife Pascale Bonnemère, they undertook a long-term anthropological study of the Ankave (Drumming to Forget, 2007). He has published on war and peace-making in New Guinea (Guerres et festins, 1990), on mortuary rituals among the Ankave (Le sabbat des lucioles, 2006), and he has several books on material culture (Elements for an Anthropolology of Technology, 1992; Technological Choices, 1993; Mundane Objects. Materiality and Non Verbal Communication, 2012). He is currently completing a book on the role of objects and material actions in Baruya male initiations. He plans a comparative study of Anga rituals. 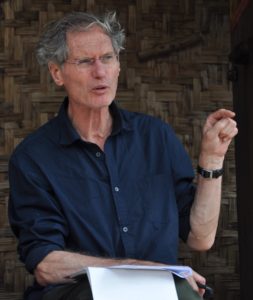